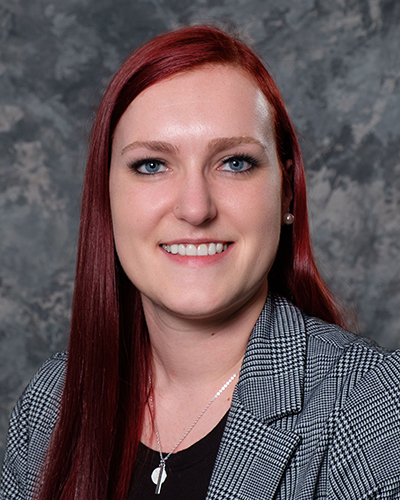 As Branch Manager, Williams will be responsible for maintaining the performance of the branch, and providing leadership and supervision to staff.

She has been with United for three years as a Member Service Advisor at the Benton Harbor branch. While in her role she excelled at delivering memorable member service and satisfaction, used her knowledge of United products and guidelines to assist members through the loan process, and contributed to training and team development goals.

Williams earned an associate’s degree of applied science in business administration from Ivy Tech Community College with a technical certificate in Non-Profit Management and is a member of both the Phi Theta Kappa and Kappa Beta Delta honor societies.

She lives the credit union philosophy of ‘people helping people’ not only through member service, but also community involvement. Williams is an advocate for United’s community impact efforts supporting organizations such as the United Way of Southwest Michigan, the Boys & Girls Club of Benton Harbor, and other local non-profit groups such as Duneland Resale.

United Federal Credit Union has served its Members since 1949 by helping them to build a sound financial future. United consists of more than 177,000 Member/owners worldwide and manages assets in excess of $3.2 billion. Its corporate offices and main branch are in St. Joseph, Mich., with additional branches in Arkansas, Indiana, Michigan, Nevada, North Carolina, and Ohio. Federally insured by NCUA. Equal opportunity lender. Equal housing lender.