ST. JOSEPH, Mich. – United Federal Credit Union (United) in St. Joseph, Michigan announced the promotion of four current employees to director-level positions. The appointments include new roles within the organization with an emphasis on member service and operations. 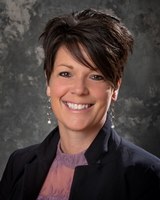 Emily Platte has been appointed to the position of Director of Mortgage Lending. In her new role, Platte will oversee all mortgage underwriting, processing, and procedures for First Mortgage, Second Mortgage, and Home Equity Lines of Credit lending programs. Platte is also responsible for ensuring mortgage lending practices are compliant with federal and state regulations, improving the effectiveness of mortgage lending systems and workflow processes, and supporting the sales teams/mortgage advisors in structuring complex transactions. 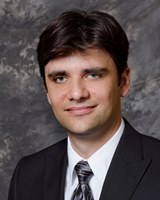 Andrew Tarantino has been appointed to the position of Director of Consumer Lending. In his new role, Tarantino will oversee nationally centralized operations for United’s consumer lending programs and will be responsible for the quality of the consumer lending portfolio. 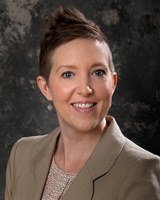 Lindsy Todd has been appointed to the position of Director of Learning and Development. In her new role, Todd will spearhead all learning and development initiatives for United. Her position will involve partnership with business leaders to assess training needs and develop solutions to drive organizational results.

She will additionally be tasked with management and leadership of the development of the Learning & Development team. Todd was previously United’s learning and development manager.

Todd Woods has been appointed to the position of Director of Information Technology. In his new role, Woods will oversee United’s IT Service Desk, which encompasses first-level support as well as enterprise desktop management for the entire organization. Woods will be responsible for technical leadership, as well as being tasked with technical strategic planning for the organization.

Woods was previously United’s IT infrastructure and network operations manager, and he will be carrying these duties into his new director role. His prior experience with the credit union spans six years.

“We are proud to recognize and invest in the current leaders at United Federal Credit Union,” said President/CEO Terry O’Rourke. “Emily, Andy, Lindsy, and Todd have together contributed decades of experience and leadership to the credit union. We are thrilled to see them advance in their careers, while continuing to bring excellence to United. Congratulations to each of you!”