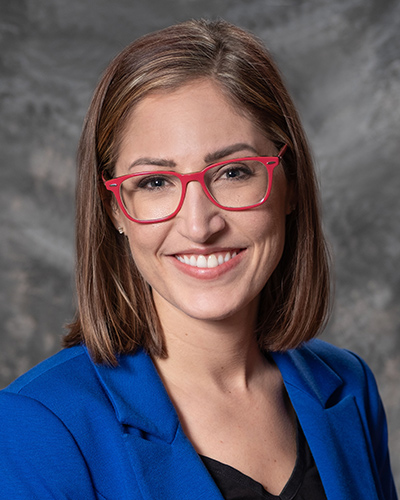 In her role, Ganus will champion the corporate image throughout United’s six-state footprint by providing leadership in marketing, advertising, public relations, community relations, and product management.

“I am delighted to welcome Kaylee to Team United and to the leadership team,” said United President/CEO Terry O’Rourke. “Kaylee is well-versed in the credit union industry and philosophy, and brings a fresh approach to marketing with a commitment to enhancing the Member experience.”

Ganus has been a part of the credit union movement since 2013, originally joining the financial industry in public relations—receiving the Credit Union Rockstar for Public Relations and Social Media Strategy in 2014. Since then she has expanded her areas of expertise to include marketing, corporate communications, and product development.

Originally from Indiana, Ganus received both her bachelor’s degree in business and her master’s degree in strategic communication from Purdue University. She is also accredited in public relations through the Public Relations Society of America.

Ganus currently serves as an executive committee member for the Greater Southwest Chapter of the Michigan Credit Union League and believes in providing financial education to communities.

A part of Michigan’s Great Southwest for the greater part of a decade, Ganus is also an advocate for community engagement and volunteerism. She is a volunteer with United Way of Southwest Michigan and is passionate about supporting organizations that make the community a better place to live, work, and play.